If you’ve never been to South Korea, you may have never heard of Kakao, one of the leaders in mobile applications and services in the country. Nine out of ten Koreans use their products on a daily basis, from instant messaging to social media, music streaming, and digital payments. With nearly the entire population using Kakao’s services, it becomes necessary to be in the same ecosystem to navigate South Korea’s digital landscape.

Here you can learn more about Kakao, how they rose to prominence, their most popular applications available through a single Kakao Account, and how they are all connected through their flagship messaging app, KakaoTalk. You’ll also see how easy it is to create a new account and start using these services. Let’s get started!

Kakao Corp. was founded in 2006 but rose to prominence following the launch of its hugely successful messaging platform KakaoTalk in 2010. It quickly became the go-to messenger app for South Koreans, and currently, over 90% of them use it on a frequent basis. As of 2020, KakaoTalk had over 52 million active users worldwide, making it one of the most widely used messaging apps in the world.

In 2012, Kakao Corp. released KakaoStory, which started as an image-sharing app that has now grown into a fully-fledged social media platform that can rival Facebook. It currently has more active users in South Korea than Meta’s social network. Over the years, the company has expanded its service offerings by introducing the ability to make digital payments, play games, make reservations at hotels and restaurants, taxi hailing, mobile banking, webcomics, and music streaming, to name just a few.

Why Is Kakao Popular in South Korea?

KakaoTalk launched at the right time, just when mobile smartphone usage was first becoming popular. Since it was free and users could send an unlimited number of messages, it quickly replaced SMS in South Korea. As the user base grew, the more useful it became to everyone that was already on it. For many South Koreans, KakaoTalk was their first instant messaging service on a mobile device, and when competitors like WhatsApp arrived, they had no reason to switch.

When gaming apps like AniPang arrived, KakaoTalk allowed users to play with anyone on their contact list, allowing them to quickly compete with friends using virtual scoreboards. The first year of the game service allowed Kakao to expand its user base to 30 million, and KakaoTalk was responsible for over 400 million game downloads. These early successes allowed Kakao to become the dominant player in messaging in South Korea.

What Is Daum Kakao?

In 2014, Kakao merged with Daum Communications, a web portal company that provided services like email, search, maps, and webpage hosting. Daum also had a type of web forum called ‘cafes’ which was quite popular as well. This merger was an effort to compete with South Korea’s web portal giant, Naver. In the following year, the company changed its name back to Kakao.

There’s so much you can do with a single-user account on Kakao. This is thanks to the mind-boggling number of mobile device applications and services that Kakao has introduced over the years, many of them accessible through KakaoTalk. It is not surprising then that Kakao has reached such an incredibly high market penetration in South Korea since many users can get anything they want to be done through a Kakao account without switching to a competitor’s platform.

Kakao’s flagship product, KakaoTalk, provides free calling and instant messaging at its core, with the ability to share photos, videos, links, and just about anything else you can do with WhatsApp. Group chats and direct messaging are available with anyone in the contact list, with the ability to search for new friends using their KakaoTalk ID even if you don’t know their phone number.

When you open the app, you will find the ‘Friends’ panel with your contact list and ‘Chats’ for existing conversations. Group chats can include an unlimited number of friends. You can also start voice and video calls with individual friends or groups. It also features channels that you can access to get exclusive deals from brands that you’re following and get notified of upcoming events.

The ‘Find’ panel lets you search for users, add new friends, and find friend recommendations. Another feature of this panel called ‘open chat’ shows public group chats that users can create, join, or invite others to. These group chats make it easy to find friends with the same interests as yourself and revolve around popular topics like K-pop music discussions. Open chat also allows you to participate in chats anonymously.

Users can even follow celebrities and brands on KakaoTalk using its PlusFriends feature. These brands have their own pages where they can post updates on products and upcoming events, with the ability to send messages with special coupons to their followers. KakaoTalk Emojis are a popular feature on KakaoTalk, and the company has even launched a subscription service called ‘Emoji Plus’ where users can pay 3,900 won per month to access a library of over 150,000 emoticons.

KakaoStory started as a photo-sharing application similar to Instagram but has grown to include many other social networking features like posting content on their page or following friends and brands. This has allowed the app to compete with the likes of Facebook in terms of active users in Korea. KakaoStory is deeply integrated with KakaoTalk, with users being able to import contact lists and share them automatically to the messaging app’s feed when they post stories.

Melon was initially acquired by Kakao, then spun off and finally reunited through a merger with Kakao Entertainment. It is the most successful music streaming service in South Korea with 33 million users, with about 5 million of them paying subscribers. Users can listen to music while remaining in the KakaoTalk app and can easily share songs with friends and even strangers through open chat.

This type of integration between music streaming and messaging apps is still in its infancy in western countries. Kakao Melon remains a popular feature among Kakao users, especially the K-pop fans who use it to enjoy their music content daily.

Webcomics called ‘Webtoons’ is very popular in South Korea. Kakao’s first attempt at this was with KakaoPage, which wasn’t very successful until they started offering webtoons and web novels for free. A premium user could pay to preview the content or simply wait for it to be available for free. Users could also upload their own original content, which could be purchased by others. It was estimated to have over 22 million users by 2019 and was relaunched as Kakao Webtoon in 2021, with plans to expand to other countries across the globe.

Through the digital wallet KakaoPay, users can send and receive money from anyone in their KakaoTalk contact list. All you have to do is register your credit or debit card details and enter a password to use this feature. Due to ease of use and convenience, KakaoPay surpassed 10 million users within two years of its launch and is a competitor to Samsung Pay and Naver Pay in South Korea.

Kakao Games is a developer and publisher of PC, mobile, virtual reality, and augmented reality games. Originally part of Daum, it now utilizes KakaTalk’s features to connect players within their games. Known for making mobile turn-based role-playing games with an anime art style, titles like Lord of Dice have been very popular in Asia and have even been localized in English to appeal to customers in the North American market.

Other Kakao Applications and Services

Among its myriad of services, there is KakaoStyle, an app that allows users to follow fashion trends, see what their friends are interested in, and even share suggestions. There is the transportation app Kakao T for taxi-hailing, finding parking spaces, and real-time traffic information. There’s also a Kakao Mail app for emails and Daum, which serves as the search engine.

Kakao Friends are characters designed by Kwon Soon-ho, who many may know as Hozo. Many of KakaoTalk’s emoticons are based on these beloved characters, and they have appeared in commercials as well as official merchandise.

Through KakaoTalk’s integration with the rest of Kakao’s app ecosystem, it is very easy to connect with friends that share the same interests as you and easily access the whole suite of services provided. All a user needs is a Kakao account, a mobile device, and an internet connection.

By visiting the Create Account page, you can sign-up with a Kakao account. If you have an existing email address, you can proceed with the ‘I have an email account’ option. Only users that are 14 years of age or older can register. After confirming your age, you must agree to Kakao’s terms and conditions and how the service uses your private data. Finally, enter your preferred email address and click ‘Verify’.

Enter the verification number sent to your chosen email address and click next. Here, you will be required to set up a new password. After that, it’s only a matter of entering a nickname for your account and clicking ‘Get Started’ to log in.

When you log in, you can edit your account details, add shipping addresses, and activate two-factor authentication to secure your account. When you’re ready to log in and use any of Kakao’s other services, simply use the same Kakao account credentials to log in. If you don’t have an existing email address, you can create a new one with Kakao Mail.

Experience Everything on Kakao

Kakao’s suite of apps is how a majority of South Koreans stay connected, chat with their friends, keep track of trending topics and make online payments. This functionality and convenience are possible only because KakaoTalk is integrated with nearly every aspect of its services. Any user with a smartphone and an internet connection needs only to create a Kakao account to get access.

If you’re a brand that wishes to reach out to the South Korean market, then it is essential that you establish a presence in Kakao’s ecosystem. If you’re planning to travel to South Korea for a visit, read the latest webtoons, or join an open chat to discuss K-dramas, a Kakao account can be your gateway to experience everything the country has to offer. If you’ve already created an account, download KakaoTalk on the Apple App Store or Google Play Store to get started.

Not necessarily; however, by having a Kakao account in South Korea, you have access to a wide variety of tools, apps, and features available in the Korean market. For example, Kakao T for taxis (like Uber), KakaoTalk for communication (like WhatsApp), and KakaoStory for social media. You will find that almost every person you meet in South Korea will be using KakaoTalk for communication, so it would make sense to have a Kakao account if you are living in Korea. 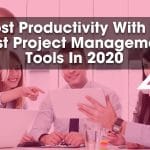 Boost Productivity with the Best Project Management Tools in 2021 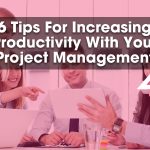 6 Tips for Increasing Productivity with Your Project Management